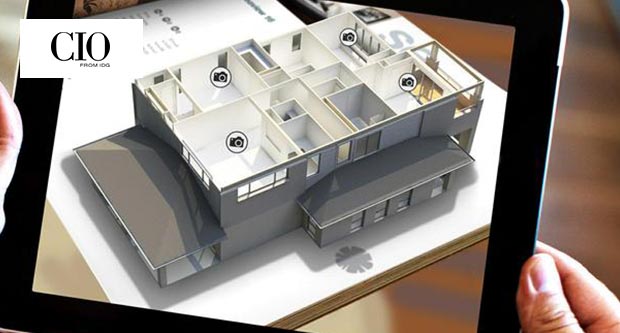 
Builder McDonald Jones is about to roll-out an augmented reality (AR) app that allows buyers to examine house designs from their mobile devices. CIO Brett Wilson says the app will take the construction industry out of the dark ages.

McDonald Jones engaged augmented and virtual experience platform provider, auggd, to help create the AR app, which provides the user with a full 3D render of a particular house design on their iOS or Android smartphone or tablet. It allows the user to do a virtual walk through a display home constructed by the builder.

“What we are trying to do is take the display homes to our customers,” said Wilson. “Going out and looking at display homes – particularly with kids – is an absolute nightmare. We are pushing this technology out to pretty much all of our clients so at any given time, if they want to look at a display home, they can.

“The construction industry is very risk-averse and probably very backwards [on the technology front] – probably years behind everyone else but the idea is to catch up,” Wilson said.

The organisation’s brochures act as a ‘trigger’ to launch the 3D model in the app, which give users a view of an entire house design. A camera icon takes the user inside the home and provides a 360 degree view. McDonald Jones is initially releasing 3D renders of up to 5 of its house designs.

“A client will visit a display home and take home a normal house brochure that has a floor plan attached. The app recognises this floor plan and links it to the 3D render of the house,” said Wilson.

“This is where the magic happens as the house then appears to pop out of the static plan. From here, users can lift the page and view the house from every angle above the page, even looking through a window. Selecting the layout button takes the roof off, revealing the internal walls of the house.”

Wilson said some of the 3D renders that McDonald Jones is releasing are of houses that have not yet been built.

“They are houses that are in the pipeline that we are going to build but we haven’t yet because we don’t have the space,” he said.

Wilson said he didn’t know of any other builder in Australia that has released an augmented reality app such as this. Another builder, Metrocon, launched a virtual reality app about 12 months ago – which is used with a Samsung VR headset – but prospective buyers had to go into the company’s offices to use it, he said.

He said the organisation will add functionality to the app in the future, including the ability to gather information about customer’s ‘likes and dislikes’, which will feed into a CRM system. This will enable the organisation to start profiling customers better, he said.

“We will be able to see that they have logged onto the website and they are looking at a particular home so we will push content to them through the app,” he said. “It’s really going to be data-driven to determine [the popularity] of specific styles of houses.”

“It’s about profiling [potential customers] to a point where by the time they come to us – they’ve looked through the app and been on the website – and we’ve got an idea of where they are looking to buy as well.”