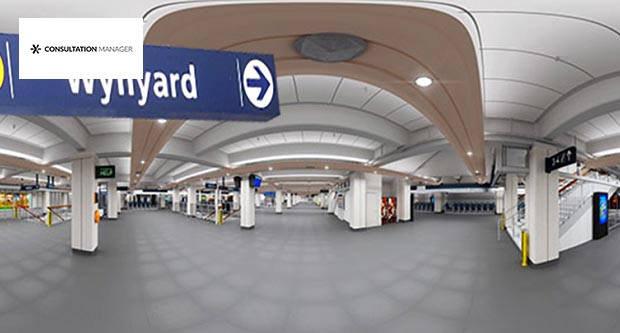 
We’re thrilled to announce the winner of the Champions of Innovation Award in Community Engagement. Congratulations to Novo Rail Alliance and Aurecon who led the communication and engagement within the project.

Novo Rail, as a partnership between Aurecon, Laing O’Rourke and RCR Infrastructure together with Transport for New South Wales, worked together to deliver the Wynyard Station Upgrade. This collaborative delivery model enabled a close working relationship between the project team and responsible government departments.

Wynyard Station is being upgraded to:

The project team faced a number of challenges given the demands of a difficult environment and a time poor audience (the majority of stakeholders affected by the project are customers travelling through the station).

The project faced challenges including:

Proactively facilitating public participation to overcome the challenges was crucial throughout all stages of the project.

The project team used a combination of traditional tools alongside more innovative and digital activities to inform and engage with customers, consult with impacted stakeholders and promote the benefits of the project.

Key highlights of this approach include:

A project specific smartphone app was designed to promote the finished product and engage with each individual customer. NovoView was developed so that customers and stakeholders could visualise and experience the soon-to-be completed station.

The app uses augmented reality (AR) technology to show several aspects of the final station that can be viewed on a smart phone device from anywhere outside the station. Spherical panoramas (360 degree views of locations in the station) show three different areas of the final station and form the basis of the AR. Digital engineering was used to produce the renders and visuals that NovoView is based on.

Additionally, the project implemented push mobile notifications via NovoView to reach every individual customer with information impacting their journeys in real time. This meant customers had up-to-the-minute information in their pockets.

People who are blind or have low vision regularly travel via Wynyard Station. Novo Rail and Transport for NSW recognised that there would be significant changes to the station layout during construction and as part of the final configuration of the new station. As such, these customers needed tailored information to be able to navigate their way through the station. Novo Rail worked closely with architects to develop a three dimensional tactile model of the layout of Wynyard Station during and after construction.

Novo Rail created a dedicated strategy for engaging with rough sleepers to ensure regular, accurate and up to date information was provided. Novo Rail recognised that the construction activities and changes planned for the station as part of the Wynyard Station Upgrade were going to have a significant impact on this vulnerable stakeholder group and their use of the station.

It was critical that this stakeholder group understood this change and had access to the necessary services to support them. A dedicated rough sleeper strategy was developed to:

The stakeholder and community engagement program achieved its objectives despite the challenging environment and complex nature of the work. Feedback from communities and relevant stakeholders indicate they are supportive of the project, appreciate the opportunity to provide feedback, as well as being provided with factual information and updates about the project.