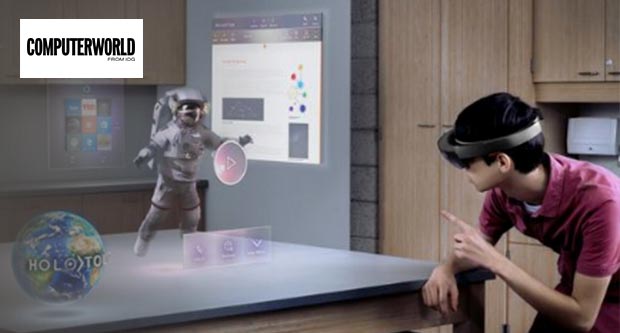 
Auggd’s Robert Lang has a sweet business card. As you might expect for the CEO of an augmented reality agency, it features a pop-up holographic representation of himself. But he probably won’t let you see it. Not yet.

“I don’t show that in the first part of a meeting because I lose the room for about ten minutes while everyone’s sitting there going: ‘How do I get one of those business cards?’” he told the audience at an Academy Xi augmented reality panel in Sydney earlier this week.

“Clients see it. And they go wow that’s cool. The hardest thing is getting past that gimmick and getting to the real business value.”

More and more businesses are exploring the potential of Augmented Reality (AR). The technology’s use cases are far-reaching, including advertising real estate , fighting wars and building aeroplanes.

It is, Lang added, “the sexiest tech on the market today without a doubt”. But, potential buyer beware, AR’s cool factor could end up wasting you a lot of time and money.

Not my cup of tea

“You’ve got to get past the gimmick,” Lang added. “If I said – oh I’m a teabag company and I want to have a virtual cup of tea appear on the table. Well okay, that’s fun for about 30 seconds while you show your friends and then that’s it. What’s the compelling reason that would make me download an app, then find a trigger, look at the trigger, just to see a virtual tea cup.”

“Nine out of 10 enquiries we get for projects are completely useless,” he said. “Companies just want to do them because their competitors are doing them. It’s like video just got invented and they want to use it to film a static image. They don’t get the advantage of having the technology.”